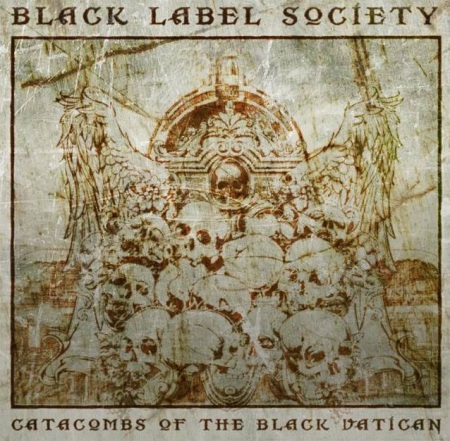 Black Label Society debuted a brand new music video for their single “My Dying Time” exclusively via VEVO. The video was directed by Justin Reich of The Animatter Studio, and showcases frontman Zakk Wylde and BLS newcomer Dario Lorina.
Zakk Wylde says of the video “The video that father Justin created, my treatment was of me waking up in the morning and going to the grocery store and this is the video he made”
Catacombs Of The Black Vatican tracklisting here:
1. Fields Of Unforgiveness
2. My Dying Time
3. Believe
4. Angel Of Mercy
5. Heart Of Darkness
6. Beyond The Dawn
7. Scars
8. Damn The Flood
9. I’ve Gone Away
10. Empty Promises
11. Shades Of Gray
12. Dark Side Of The Sun (bonus track)
13. The Nomad (bonus track)
Catacombs of the Black Vatican will be released on April 8th, 2014 and is the first all new LP from the band since The Order of the Black was released in 2009, which debuted at #4 on the Billboard Top 200 chart. The iTunes pre order is now available with audio sample previews.

Check out the new video for My Dying Time below!