Fight or Flight?  Device?  Adrenaline Mob? The members of Disturbed may be on a break, but they haven’t been taking a vacation. All of the bands members have been busy with their side projects and other bands in 2013. 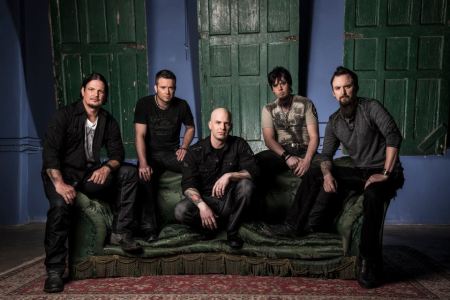 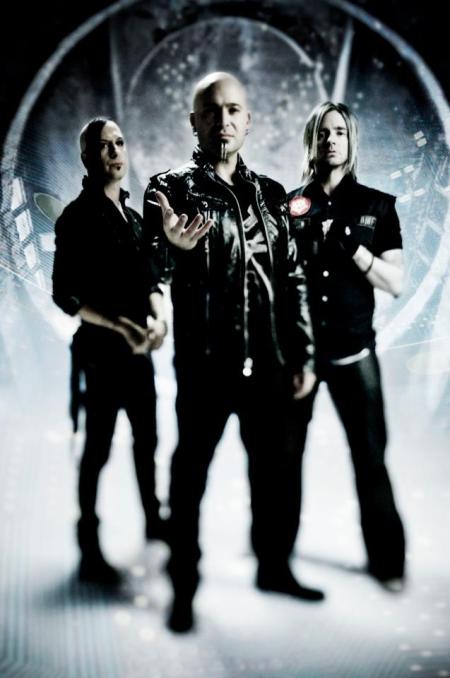 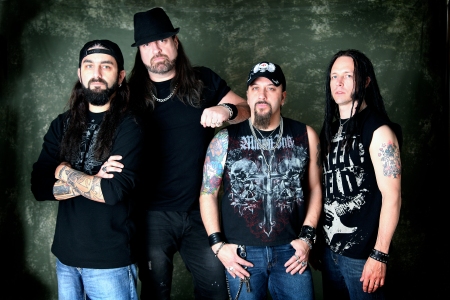 So which band’s video is your favorite?  Decide with your vote below!

No matter who comes out on top, hard rock fans win with three cool new bands to listen to.

It is hard for me to believe that two years has gone by since Disturbed’s last album Indestructible. It was Indestructible CD and tour that made a fan of Disturbed, so needless to say, I have been looking forward to Disturbed’s follow-up to that CD. The band’s latest album Asylum is finally here, and has secured yet another #1 spot for Disturbed.  How does Asylum stack up? Read on.

I expected Disturbed to come slammin’ out of the gate with a heavy rocker, so they took me by surprise with the instrumental track “Remnants”.  The track  opens with some moody keyboards, and closes with a cool guitar riff that sounds like a mix between Pantera’s “Cemetary Gates” and the beginning of Great White’s “Save Your Love”. This is a very cool beginning to the song “Asylum”, and an unexpected approach for Disturbed.

“Asylum” is more of what I expected Disturbed to open the album with.  This is a hard-hitting number with the sound that Disturbed is known for.  I have played this song several times and I just can’t get into this.  I have heard Disturbed record many songs like this one, but to me the song “Asylum” is not as good as most of the songs on Indestructible.

I like the song “Infection”, but the lyrics kind of make me chuckle. Every time I hear “the infection must die”  I think to myself, get you some penicillin dude.

Somehow I can see the song “Warrior” showing up on WWE as a theme song for one of the wrestlers.  It is just an ok song in my opinion.

“Another Way To Die” is easily my favorite track on “Asylum”. To me, this song is the most memorable on the album, and features some of the best guitar work from Dan Donegan.

With the song “The Animal”, I can see Disturbed trying to grow in their music.  While not a huge departure from their sound, I can see a few small things that shows some growth with Disturbed. First and foremost David Draiman’s vocals are excellent.  While this song is on the heavy side, the keyboards are a nice touch.  This ought to be the band’s next single in my opinion.

Depending on which version of Asylum you picked up, you album will either close with the song “Innocence” or the bonus track “Leave it Alone”.  “Innocence” is a pretty cool rocker, and a good way for Disturbed to go out swinging. Oddly enough, my CD was supposed to come with the bonus song “Leave it Alone”. After hitting play, and enduring a minute a half of dead silence, a completely different song appeared. Disturbed covered the U2 song, “I Still Have’s Found What I’m Looking For”.  This is a more rockin’ version of the classic U2 song.  I have always liked Disturbed’s take on the some of the big 80 hits.  This one is easily as solid as some of their previous covers.

I have given Asylum several spins, and I don’t think this album is as strong as their previous releases.  I can see this CD as being a grower, but the songs just haven’t stuck with me as of yet. Asylum isn’t a bad album, and I would recommend checking out the videos below to hear a couple of the tracks from  the CD. Disturbed  fans will probably enjoy Asylum.

Disturbed was the co-headliner (with Slipknot) at the Indianapolis Mayhem Festival.  This is the second time that I have seen Disturbed live in 2008.  I kind of knew what to expect going into this show, but the last time I saw Disturbed, it was a club show.  This time around they were playing for an estimated 16,000 people. 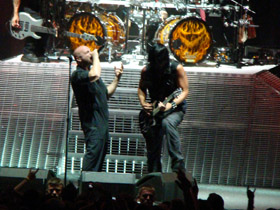 The first time I saw Disturbed, I was pretty impressed with how the crowd fed off of the band’s energy.  At the Mayhem festival, I was a little more on the concerned side.  My ticket was in the lawn area for the show.  Imagine the 5,000 or so people in the lawn, some of which were drunk, and another large percentage jacked up on their free Rockstar Energy drinks.

The lawn area at the Verizon Wireless Music Center became a frenzied mosh pit of mayhem.  Needless to say their wasn’t too many safe places to stand, but I dug in, wanting to catch Disturbed’s set. I wasn’t going to let this unruly crown ruin my concert experience. 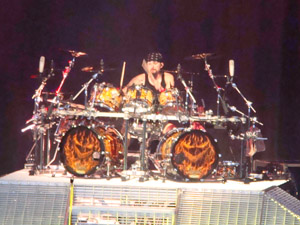 “Stricken”, “Down With the Sickness”. I was glad to see that they included a few songs in their set off of their new album, Indestructible.

Singer, David Draiman is an expert when it comes to getting the crowd charged up.  I don’t think one person was sitting after Disturbed started their set. Dan Donegan must be one of the most under rated guitarists out there.  He impressed me with his playing once again.

Disturbed’s set was pretty good.  I enjoyed the music, and the cool stage set up.  They were better this time than the last time I saw them, and they were very good then too.

I don’t think I took Disturbed seriously enough prior to their new album release.  After seeing two good shows by these guys in 2008, they will always be a draw for me, from now on.

I hope you enjoy the videos below!

2008 is shaping up to be an incredibly strong year for hard rock and metal music, and Disturbed’s Indestructible is another good release to add to the mix.

From the opening air raid sirens of the title track, Indestructible, you almost know you are going to hear something cool. The title track starts off in awesome fashion. It is a very good track to open this disc up with.

Disturbed already has # 1 radio hit with the song, Inside the Fire, and their are several tracks that could follow this one on to radio.

Deceiver is one of the heavier songs I have heard Disturbed record. This track has plenty of double bass drumming, and some very heavy guitar licks. This is easily my favorite tune on this CD. This song is going to be massive for Disturbed.

The Night has that awesome rhythm that so many Disturbed songs are known for. The driving drums and bass will definitely get the head bangers going. Dan Donegan has some tasty guitar licks in this song as well.

Perfect Insanity is another one of those tunes where David Draiman does his typical vocal chant. Listen to this one once, and repeat after David…..Losing My Mind. This song gets in your head.

At this point, Indestructible needs a song to break it up from being too repetitious. Haunted takes it down between mid to high tempo, but aside from some semi creepy parts, it is too much like everything else on this record. It isn’t a band song, but I needed to hear something to break this album up.

The cool thing about the song Enough is Draiman sings more than he chants. His voice shines on this track, while Mike Wengren serves up some extremely cool drum beats.

The Curse is another tune that will ignite your inner head banger. The music on this song is pretty cool. I thought the chorus was kind of weak, but it isn’t the worst Disturbed has ever done.

Torn is another song that I had trouble getting into. Dan Donegan has some cool guitar parts on Torn, but as a whole, their isn’t anything that makes me want to replay this song.

Divide is more like it. This is the kind of stadium anthem that will have people singing along with the band in no time. Cool Tune!

Those thinking that Disturbed have gotten a little lighter over their last couple of releases will be happy to know that Indestructible is a return to the heavy sound that made Disturbed one of the more popular metal bands over the last ten years. This is easily their heaviest record yet, and quite possibly their best effort to date. If you are a fan of Disturbed, don’t even hesitate to pick this one up. Indestructible hits stores June 3rd, 2008!

To preview more songs off of Indestructible, check out the Disturbed myspace page. You can purchase Indestructible at the Hard Rock Hideout storefront at Amazon.com!