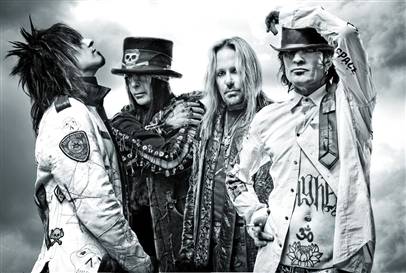 Mötley Crüe have announced today that they will perform in a live global concert on Friday, August 1st, 2008, from the Mandalay Bay in Las Vegas. The groundbreaking event will be available live on-line, free of charge, compliments of DeepRockDrive.com and Mötley Crüe, to anyone with broadband Internet access.

The August 1st event is DeepRockDrive’s official launch of a series of partnerships with industry-leading venues to bring live performances to global audiences via the Internet. Fans that previously would be unable to attend performances will now have instant digital access to their favorite artists from the convenience of their own homes.

Mötley Crüe hits the stage August 1st at 9:30PM PST. As with any concert, tickets are limited so reserve your seat today! Fans can pick up their free ticket now at http://www.deeprockdrive.com/!