Spanish rockers Eldorado are busy writing songs for their next album.  They recently released a new clip “A Farewell to November”. This track is from Eldorado’s 2012 album, Antigravity Sound Machine. Check it out!

Spanish Rockers Eldorado have a new album Antigravity Sound Machine that will be released at the end of July.  Check out the band’s new clip “Background Radiation” below! 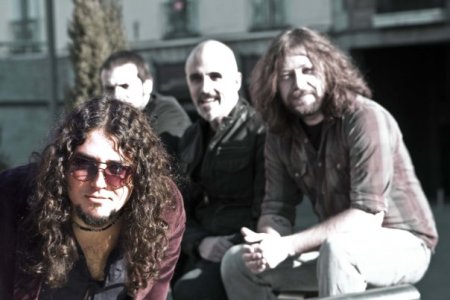 Thanks to the recent nominations in prestigious international awards (one of The Best Hard Rock/Metal Album and Song of the year in the USA Independent Music Awards, finalist in the best rock composition category in the USA International Songwriting Competition…) Eldorado got the attention of the music industry. The independent label Spectra Records contacted the band and decided to launch the new album in North America.

Both the label and the band are convinced of the positive reception the album will be having in North America and they are working on the marketing plan for its launch. Under Globe Artist Management and together with Spectra Records, they will organize the album tour presentation in North America and Canada.

In Europe, the album has been launched in May by the label Bad Reputation and after an extensive tour in Spain, Eldorado is presenting it across Europe.  The first stop is in Switzerland, in the 19th edition of the Rock Oz’Arènes Festival, with bands as Status Quo, Monster Magnet, Placebo.

Bordeaux and Paris show dates are already closed and other cities will follow in the next months.

Check out the band’s video clips, “The House of the 7 Smokestacks, and “The Worst of Myself” below!

Madrid, Spain’s Eldorado have released a new video, “The House of 7 Somestacks”.  Check it out below.