Departure is the brainchild of American Multi-instrumentalist Mike Walsh who has a vast experience in the music industry. Over the years he has worked on numerous projects, such as Mark Thompson-Smith (Praying Mantis) and Dean Fasano’s Message. Mike has also worked with Bon Jovi over the years as well as having produced, scored, written and arranged several New Jersey Bands. To ice the cake Mike has had the privilege of playing alongside such greats as Glen Burtnick and Aldo Nova.

In 1998 Mike gave us “Departure” which featured Ken Michaels on vocals and with special guest Dave Rosenthal (Red Dawn). This debut caught everyone’s attention as it combined the sounds of Saga, Journey, Toto and Tour de Force. The pressure was on to follow it up and so came “Open Your Mind”  a year later with Dave Baldwin (Tradia / Voices / Solo) on lead vocals. Dave brought in a more pomp rock element and the band sounded
more like a hybrid of Styx and Kansas. The album was beautifully arranged and boasted huge guitar solos, and immense layered keyboards. Dave Rosenthal once again guested on keys and also Duey Ribestello (Joe Lynn Turner) joined in on drums. At this time Departure were gaining popularity and their brand of melodic rock soon spread. At the end of 2001 the third Departure CD “Corporate Wheel”  was released and, once again, Mike used a
different vocalist, namely Timothy Lewis, a man who had an unbelievable vocal range. Mike’s guitar and keyboards were simply awe-inspiring and it
really put Departure into the melodic rock hall of fame. “Corporate Wheel” has often been regarded as their finest release.that is..until now!

To follow these three masterpieces would prove to be very tough and it has taken a decade to unleash a fourth CD “Hitch a Ride” onto the eagerly
awaiting melodic rock community.  But boy it is worth the wait..a release of epic proportions. Andi Kravljaca (Silent Call) has taken to the mike stand
to deliver an outstanding vocal performance. The calibre of his vocals coupled with fine musicianship brings us a powerful array of tunes that
stand out as Departure’s most powerful outing to date. Songs like “No Where to go”, “Soldier of Fortune” and “Roses” are just simply forces to be
reckoned with.

Departure are back with a vengeance, there is no finer way to start 2012 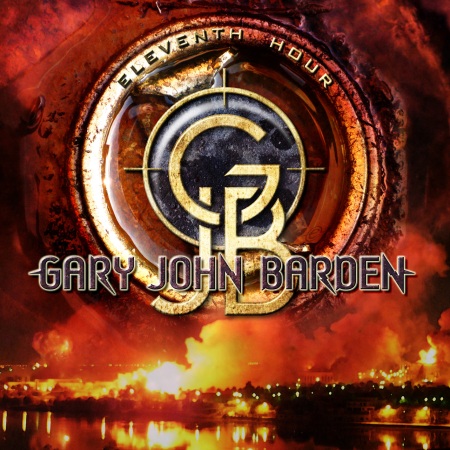 GARY BARDEN belongs to THE voice of British hard rock. The first time BARDEN appeared in the scene was as part of the newly formed MSG (Michael Schenker Group) founded by the former SCORPIONS guitarist of the same name. Their first collaboration resulted in the highly acclaimed album “The Michael Schenker Group” which was released in 1980. Besides the great songs and the great guitar output BARDEN’s voice was one of the reasons why this album became a huge success and allowed the band to hit the road in Europe, Japan and the USA.

Their second album “MSG” saw the light of day in 1981 and followed an even more melodic direction than its predecessor. After the following world tour BARDEN was informed that he was no longer part of the band and replacement was found soon in ex-RAINBOW singer Graham Bonnet. Chrysalis, however, released a live disc recorded in Japan by the original MSG entitled “One Night At Budokan”.

Searching for a new band, BARDEN started to write some songs with the late THIN LIZZY guitarist GARY MOORE which later on ended up on MOORE’s “Corridor of Power” release. Their working period was short and so was the collaboration between Bonnet and Schenker. Bonnet sang on the 1982 record “Assault Attack” but BARDEN was back with MSG for some live appearances including Reading Festival in the same year and the 1983 record “Built to Destroy”. The label’s pressure to steer more into a commercial direction made the band quit business in 1984.

BARDEN moved on and found a new home in the business together with ex-THIN LIZZY six-string Brian Robertson and the band STATETROOPER, who put out their highly acclaimed self-titled debut album in 1987 and played a couple of live shows in the following months. Statetrooper was reissued on CD by Escape Music (ESM095).

After a long break BARDEN returned to the scene with PRAYING MANTIS’ “The Power of Ten” and the live album “Captured Alive in Tokyo City” (1996). In 2000, BARDEN hit the road again for a couple of live shows with COMPANY OF SNAKES and founded the band SILVER together with Michael Voss (CASANOVA) and Bernie Tormé (IAN GILLAN). STATETROOPER finally re-united in 2004 and put out the classy new record “The Calling”.

The Escape Music album “Past & Present” (ESM106) marked the first solo album by GARY BARDEN and offered a very personal collection of new, exciting interpretations of some all-time MSG classics, a selection of songs that both suited GARY BARDEN and MSG fans! With his long time pal ´Michael Voss´(Casanova, Bonfire) and a couple of friends he went back to the roots to perform his bluesy smoky songs that will touch your soul and are exemplified on the release “Agony and the Xtasy” (ESM128). In 2007 the more rockier “Love and War” (ESM161) was released by Escape Music and it has been a long anticipated wait for the next chapter.

Gary now presents us with “Eleventh Hour” which features 11 tracks of hard rock brilliance. These new songs are fresh and exciting and Gary has poured his heart and soul into them. Once again Michael Voss is ever present and the end result is just perfect. This is a hard hitting rock album that highlights what a great singer Gary is, his contribution to the British rock scene is just legendary.

2- Fallen by the wayside

4- What you wanna do

10- Before the eyes of the world