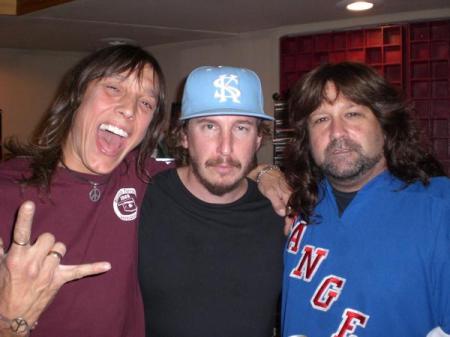 Joe and Lesa Johnston of Sacramentos Pus Cavern spent October and November assembling 23 musicians with ties to Sacramento, balancing egos and schedules, harmonies and delayed flights to produce Happy Christmas (War Is Over) in time for a December 10 worldwide release. Marrying their clout as Sacramentos premier recording studio with their desire to support their community, they managed the ambitious project of assembling the Pus Cavern Allstars to record a holiday song. Profits from the distribution will go to the scholarship fund of the Sacramento Childrens Chorus.

The positive message of this song echoes our objective. Several years ago we undertook a charitable project of this magnitude and we felt the time was right to make this happen again—to do our part to give back, said Joe Johnston, engineer and Pus Cavern owner. So many musicians eagerly lent their time and considerable talent to this project and we actually had a great time pulling it all together.

Engineered by Johnston, produced by Dave Buckner of Papa Roach and mastered by Eric Broyhill of Monster Lab Audio, the recording also includes talent from Tesla: Jeff Keith at vocals, Brian Wheat on bass and Frank Hannon on guitar; the Deftones: Abe Cunningham on drums, FAR: Jonah Matranga at vocals and Shaun Lopez playing the vibe; Endeverafter: Michael Grant on guitar and vocals; and Day Care: Sonny Mayugba on guitar. Also lending talent are Brandon Tyler on piano and vocals; The Snobs Jason Boggs on saxophone; Aroarah, The Secretions, Last Angels (Buckners current project), Lonely Kings, The Hoods, Larisa Bryski, Phallucy, The Skirts, Rowdy Kate, Evelyn and Joe Getty of The Dead Flowers and Armstrong and Getty on Mandolin.
The song, a cover of John Lennons Happy Christmas (War Is Over) will be released December 10 by Nozzle Records with worldwide digital distribution by Ingrooves.

In addition, the song will be available on Itunes and live sessions at the Pus Cavern, filmed by Will DaRosa, will be viewable on Youtube and Vimeo. The Sacramento Childrens Chorus is a world class training and performing group under the artistic direction of Lynn Stevens. sacramentochildrenschorus.org myspace.com/puscavernrecording