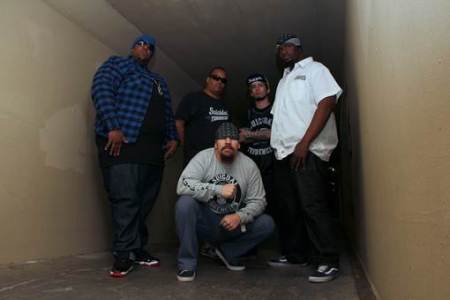 The brand new music video for the new track ‘Cyco Style’ is available for viewing now on YouTube. Check it out at this link.

2.      Smash It! (feat. Larry Linkogle and Jimmy Fitzpatrick of the Metal Mulisha)

Mike Muir states, “First, thank you for all the people that have patiently waited for this record. Now I will shut up and let the music do the talking.”

In the late 80s, Suicidal Tendencies ruled the thrash realm alongside bands like Megadeth and Anthrax. By 1989, the band’s popularity dwarfed that of their comrades. With hits like “Institutionalized,” “Join The Army,” and “How Will I Laugh Tomorrow, When I Can’t Even Smile Today,” Suicidal Tendencies were at the top of their game. In 2001, the band took a long hiatus before releasing a few compilation albums. During that time, lead singer, Mike Muir, released some solo CDs, under the moniker Cyco Miko. His latest Cyco Miko effort, The Mad Mad Muir Musical Tour is a gift to fans of Suicidal Tendencies everywhere.

Opening with the instrumental “MMM,” Mike Muir and company draw from Muir’s days in Suicidal Tendencies with an in your face, heart pounding, hard thrash opening. The album erupts from there, spilling out all of Muir’s influences. Muir reminds us all why we loved Suicidal Tendencies so much in the 80s and makes us long for a new album from the band. Gleaning bits of Suicidal Tendencies, The Red Hot Chili Peppers, and Primus, Cyco Miko combines thrash, funk, alternative, and groove, yet never clearly depicts one particular sound. Some fans will love the variety contained on this record, others will wish that Muir could make up his mind.

Overall, The Mad Mad Muir Musical Tour is a great disc. Heavy songs with deep lyrics like “Happiness” and “Done Gone Stupid,” will find fists in the air and forge shout-alongs in no time. The slower ballads like the Suicidal Tendencies cover “Alone,” and “Logical Thoughts Of A Lunatic” express the pain life puts everyone through. The deep spiritual growth contained in the songs can resonate with fans old and young. The style of music may be all over the map, but the sound is clearly enjoyable. Cyco Miko may not be able to proclaim one particular genre, but that’s all right. The strong songs found on The Mad Mad Muir Musical Tour don’t need to be pigeonholed into one category. They can all fall under the same label of great music.