Another teaser for ORDEN OGAN‘s new album “To The End” (released on October 26th): the album’s title song is available for streaming and as FREE DOWNLOAD (just visit http://www.afm-records.com/free and enter with the Code “MG52K2V“). 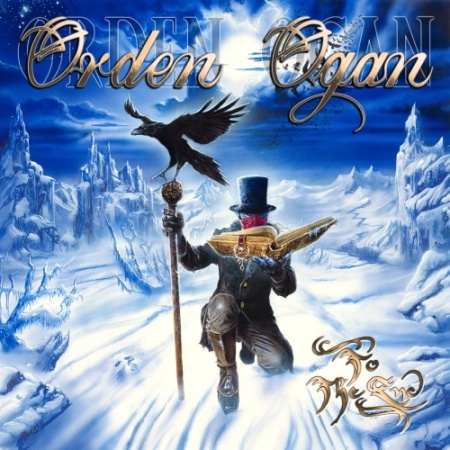 When Germany’s epic melodic metallers ORDEN OGAN will release their new album “To The End” on October 26th, two of the featured songs will be quite familiar for the fans, because the band decided to re-record “Angels War” and “Mystic Symphony” (both part of their live set for many years but never released on an official album).
Vocalist/guitarist Seeb Levermann explains:
“It was an easy decision to have both tracks featured on an official ORDEN OGAN album finally. “The Mystic Symphony” is from one of our very early demos, while “Angels War” was part of our self-released “Testimonium a.d.” recording from 2004. Since eight years now, both songs are part of our live set because the reactions have always been very good. And of course fans ever since kept asking where they could get these tracks. When we started working on “To The End”, we thought it was the perfect opportunity to “legitimize” the two songs and make them a part of the new album”.

The cover artwork for “To The End” was again created by legendary artist Andreas Marschall.

„We’ve already worked with Andreas for our albums „Vale” and „Easton Hope“ – and for sure we would like to continue working with him in the future.
Andreas Marschall’s artworks very well fit with ORDEN OGAN, because we want everything to be handmade and real. Andreas gives the same attention to details as we do in the production. Therefore a digitally created cover artwork is not what we are looking for – even if it would save costs.
Marschall is a passionate and exceptionally talented artist who was able to capture the mood and atmosphere we had in mind for “To The End“ – just like he did many time before in the past, with acts like Blind Guardian, In Flames or Running Wild”, Seeb explains.

Tracklist “To The End”:

Furthermore you can win 1 out of 3 ORDEN OGAN fan packages in their Myspace competition: