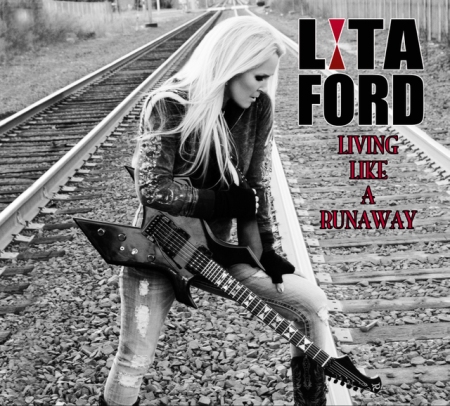 There are a bunch of cool releases hitting stores and online retailers tomorrow.  Check out the list below!

THE MURDER OF MY SWEET highly anticipated debut album “Divanity” will see the light of day on January 29th in Europe and February 9th in the USA on Frontiers Records.

THE MURDER OF MY SWEET is an exciting new band formed in early 2007, when drummer/producer and songwriter Daniel Flores met the awesome singer Angelica Rylin. “There was a rumour that Angelica was the finest vocalist in Stockholm and I wanted to see if that was true” tells Daniel “To my amazement she was!”. Daniel had already a line-up formed by Daniel Palmqvist on guitars, Johan Niemann on bass and Andreas Lindahl on keyboards, so the next step after Angelica joined the guys was to start writing songs. “Angelica’s voice needed another sort of songs than what we had on the table” continues Daniel “So we wrote more than 25 songs with 12 of them that will end up being on the album”.

As band names go – perhaps there’s never been a more fitting, so apropos than THE MURDER OF MY SWEET – a monicker inspired by the 1944 movie “Murder, My Sweet. “We love all Film Noir movie styles (specially the old ones) and we wanted to combine that with our rock music” explains Angelica. THE MURDER OF MY SWEET’s aim is to create a distorted film noir vibe and experience – put the wonder, sadness, humour and sheer zest of life into their music tour de force. The band offers a rich and cinematic musical landscape covering a wide spectrum of the Rock genre and reflecting the diversity of the five members own musical experiences.

The material selected for the band’s debut album “Divanity” (a title describing a personal interpretation of diva, divine and vanity – all of them being essential ingredients in the record) includes all: from dark subject matters to pure fiction. “Kiss of Death” takes a glimpse into the state of love where you give up your self for the desire to have or  to do something that you know you should avoid, while “Bleed Me Dry” describes the feeling of being different and wanting to go your own way in life. ”Follow The Rain” is all about breaking a pattern from where you make the same mistakes over and over again into becoming a person with control of your life, “Storms Of The Sea” is a beautiful tale of a young woman on her quest around the world to seek her long lost lover and “No Evil” is the band’s encouragement to embrace the dark rather than being afraid of it.

The grand finale of the album is the larger than life – described by Rylin and Flores as THE MURDER OF MY SWEET’s own “Bohemian Rhapsody” – track called “Death Of A Movie Star”. A massive piece of music showcasing THE MURDER OF MY SWEET’s dynamics with a sense of playfulness by switching from soft, rippling sounds and beats to limitless rage with beautiful melodies!

The first single off “Divanity”, “Bleed Me Dry” was launched last November 13th on the Swedish markets, and entered the national charts at position No. 14 (highest new entry of the week). The song was also on No. 2 on the singles download charts. This brought the fever for the new album’s release to a very high temperature notwithstanding the cold Scandinavian winter! “I was truly excited and happy to see that our music gained some good impact and that there is already a lot of music fans aware of The Murder Of My Sweet” says Angelica, “It was such a great, happy moment to hear that our debut single actually made the top 20 in the Swedish single chart – A BIG thanks to all the fans who bought our single. Me and the guys are so thrilled with the attention and great early feedback were getting from media, press and radio and were looking forward to an exciting and big adventure to start in 2010. “

No Evil; Follow The Rain; Bleed Me Dry; Chemical Attraction; Kiss of Death; One Bullet; Tonight; Storms of the Sea; Destiny; Revolution; Valerie; Death of a Movie Star.

“We are currently planning new gigs here in Sweden and in Europe and we are soon flying to Paris, France and Cologne, Germany to do promotion for Radio, Tv and Magazines. There lots of ideas floating around but we must be smart and make the best out of the time we have right now. We are also planning to write new songs next year together with Jesper Strömblad from In Flames for our next album, that will be big fun!” concludes Angelica Rylin.

THE MURDER OF MY SWEET races ahead with an unforgettable thrill of your lifetime flavour. And whatever you do – don’t miss the show!

Capturing all the emotional force and fury of todays rock scene, Frontiers Records proudly announces the signing of one of the hottest new bands to come on the scene: THE MURDER OF MY SWEET.

Formed by drummer, songwriter and producer Daniel Flores who after a few false starts of what was to become THE MURDER OF MY SWEET just by coincidence came across the magnificent singer Angelica Rylin  well endowed with the right look, voice and talents, being exactly what Daniel was searching for. The rest of THE MURDER OF MY SWEETs line up was then rather easily recruited  guitarist Daniel Palmqvist, bass player Johan Niemann and keyboardist Andreas Lindahl all being mentally, creatively and spiritually the right combination to complete the perfect match.

THE MURDER OF MY SWEETs sound is rich in influence and yet distinctly unique. The lush melodic cinematic landscapes reflect the diversity of the five members own musical experiences. From Angelicas soaring vocal melodies and sweeping choruses to the explosive layers of guitars from Palmqvist and the thrilling orchestratic keyboard arrangements painted by Andreas Lindahl backed by the bombastic and dynamic rhythms of Niemann and Flores. The resulting collaborations are a work both haunting and uplifting fueled by the curiosity of seeing where their burning ambitions will take them.

All of us in THE MURDER OF MY SWEET are highly excited to be collaborating and releasing our debut album with such an experienced and talented label as Frontiers says Daniel Flores. We feel extremely privileged to be band mates with such great bands as Journey, Toto and Survivor to mention just a few adds Angelica, we are looking forward to launch and to get our music heard world wide. A special thank you goes out to all our fans on Myspace who have been so dedicated and devoted since the start in 2007.

Without any album released – just by word of mouth – THE MURDER OF MY SWEET managed to entire in the Top 10 of most visited Myspace artists sites in Sweden and had fan sites created in Italy, USA, France and Germany!

THE MURDER OF MY SWEETs aim is to create a distorted film noir vibe and experience  put the wonder, sadness, humor and sheer zest of life into their music tour de force. Playing it to the point where their drama explode as the music and the words becomes the utmost expression of direct and ecstatic joy of pure being.

THE MURDER OF MY SWEET are debuting on the market with the release of a single for the track Bleed Me Dry which will be exclusively released in the bands home country, Sweden on November 13th 2009. The band will also present the release with a launch gig in their hometown Stockholm on the same day at the Roq Club in Gyldéngatan 2 (www.roq.se)

The debut album entitled Divanity will be released worldwide on Frontiers Records in January 2010.

THE MURDER OF MY SWEET races ahead with an unforgettable thrill of your lifetime
flavour. Check the band out in action.