DON FELDER
SET TO RELEASE SECOND SINGLE,
“WASH AWAY” (FEATURING TOMMY SHAW OF STYX),
FROM CRITICALLY ACCLAIMED ‘ROAD TO FOREVER’ SOLO ALBUM
DON FELDER (@donfelder) has joined forces with Styx (@STYXtheband) singer/guitarist Tommy Shaw for the second single, “Wash Away” from FELDER’s second solo album (and first since 1983), ROAD TO FOREVER, released October 9, 2012 on Rocket Science Ventures.   The song, which hit radio airwaves today, was co-written by FELDER and Shaw, and features Shaw’s signature vocal sound.
The singer/guitarist/songwriter/New York Times best-selling author/four-time Grammy® Award winner’s critically-acclaimed ROAD TO FOREVER debuted on Billboard’s “Heatseekers” chart at #27.  “Girls In Black,” the album’s first single, reached the Top 30 on the Mediabase Rock chart.
Speaking with Sterling Whitaker at Ultimateclassirock.com about the track, “there were a couple of songs on the album, including ‘Wash Away,’ that I had built the track pretty much top to bottom and there was a couple of areas where I needed some lyrical help and I said, ‘I’ll just see if Tommy (Shaw) is in town.  I’ll just have him come over and listen to this and see if anything bounces off of him.’  He listened to it and loved it and we sat and wrote lyrics together that day for that song. And then he came back the next day and I said, ‘Well, you’ve got to sing some of these parts while you’re here,’ because he was getting ready to go back out on the road with Styx.  So we set up a mic in my studio and he sang some of the harmonies on a couple of songs, ‘Wash Away’ and ‘Heal Me.’”
As Tommy Shaw continues, “The best songs to write are the ones that just roll out of you and you look back and wonder, ‘Where’d that come from?’  That’s what it was like working with DON.  There was a natural chemistry there.”
Many of FELDER’s fans tuned in to Showtime earlier this month for the premiere of the two-part documentary, “History of the Eagles.”  He spoke with Billboard.com’s Gary Graff soon after it aired, saying he thought it was a bit incomplete.  “Overall I thought it was OK, but I didn’t think it was really an accurate documentary…I thought a lot was omitted from the documentary.  There were a lot of things that weren’t discussed, a lot of issues that aren’t brought to the forefront.  It glorified (Don) Henley and (Glenn) Frey’s work, giving very little credit to all the other people who had worked so hard on the recordings — including Bernie (Leadon), Randy (Meisner), myself, the other things people brought to the table like (producer) Bill Szymczyk.  It was a large team of a lot of people working together to make it happen, and I don’t think that’s really reflected in there.”  As for the depiction of his dismissal in part two, FELDER says he was surprised by “the anger that was displayed, and the bitterness, especially from Glenn.  It really left me taken aback that he was still so angry about all of that, and I couldn’t understand why, to tell the truth.  I’ve been way past it for about 10 years now.”
On a lighter note, he told Billboard.com:  “I’d forgotten how skinny I was, and I thought all of our hairstyles were…interesting, Henley with his ‘fro and everything.  It was just fun to look back at those times.”  And he is satisfied that the film captures the musical essence of the Eagles.  “Here’s a huge rock ‘n’ roll band on stage with ripped jeans and plaid shirts, as far from the mega shows you see today as you can get,” he says.  “You look back and realize that what came across was nothing except five guys standing on stage, playing and singing songs.  That’s really what it was all about.”
DON FELDER is continuing to tour all over the U.S. to promote ROAD TO FOREVER (dates to be announced shortly).  On April 13, he’ll be performing as part of a very special show for his buddy Stephen Stills and wife Kristen.  Their “Light Up The Blues Concert – An Evening of Music to Benefit Autism Speaks” (the world’s leading autism science and advocacy organization) will be held at Club Nokia in Los Angeles, CA along with Crosby, Stills & Nash (CSN), Ryan Adams, Rickie Lee Jones, Lucinda Williams, Chris Stills and other surprise guests.  The fundraiser–emceed by Jack Black–spotlights “Light It Up Blue,” Autism Speaks’ annual global awareness and fundraising campaign celebrated by the international Autism community during World Autism Awareness Day and throughout Autism Awareness Month in April.  VIP Preferred Seating Packages for “Light Up The Blues” are on sale now on CSN’s official website (www.crosbystillsnash.com) and www.AXS.com, or charge by phone at 888-9AXS-TIX or 888-929-7849 (applicable fees may apply). Tickets may also be purchased from 10AM-5PM, Mon-Fri, at the STAPLES Center Box Office (1111 S. Figueroa St., 90015), or at the Club Nokia box office (800 W. Olympic Blvd., 90015), open after 5PM on show days.  No fees are charged at either box office.
www.donfelder.com
www.facebook.com/donfeldermusic
www.twitter.com/donfelder 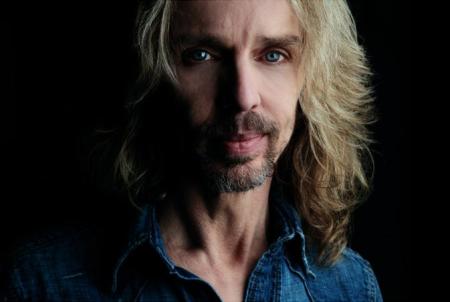 Here’s a statement from Styx guitarist Tommy Shaw, who appeared on “American Bandstand” in 1985:

So sad hearing the news that Dick Clark died.  Such an awesome man. I appeared several times on his productions.  One of my favorites was on this clip.  I remember just having gotten lingual braces (the hidden ones that go on the back side of your teeth) and as you can tell I was still getting used to speaking with them.  He and his wife Kari were incredibly gracious and I will always remember how their gentle ways trickled down through the ranks at Dick Clark Productions.  He’s up there with Johnny Carson and Ed Sullivan as pioneers in entertainment.  He was a class act whose joy came through in all that he created for us to enjoy. 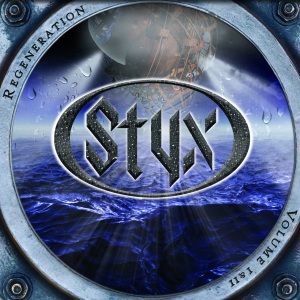 It is hard for me to believe that Styx has been around for four decades. They have had countless hits over the years, many of which are well represented in their new two CD compilation Regeneration. What makes this new compilation special?  This CD was recorded with their current touring lineup, and offers one new song “Difference in the World”, as well as two newly re-recorded Damn Yankees songs “High Enough” and “Coming of Age”.

I am sure it will anger some folks that the songs in the 2 CD set were re-recorded without Dennis DeYoung, but Styx has carried on without him since 1999. Sometimes, you have to let the music do the talking, and the music speaks loud and clear. Tommy Shaw still sounds amazing in 2011, and Lawrence Gowan is excellent as well.  I am a little disappointed that “Babe” and “Mr. Roboto” aren’t in this collection, but the new song, “Difference in The World”, as well as the re-recorded Damn Yankees songs make up for the tracks that are missing.

Overall, I think Regeneration is a very good career retrospective, and is one for all current Styx fans to check out.

Regeneration will be available on October 4th.  You can pre-order it here.

1) The Grand Illusion
2) Fooling Yourself (The Angry Young Man)
3) Lorelei
4) Sing For The Day,
5) Crystal Ball
6) Come Sail Away
7) Difference In The World

Twisted Sister seemingly opened the floodgates for a new batch of hard rockin’ Christmas tunes when they released their album, “Twisted Christmas” in 2006. “We Wish You A Metal Xmas, and a HeadBanging New Year” has more hard rock and metal stars than any other Christmas compilation in history (Yes, even more than Monster Ballads Christmas from 2007). With that being said, it has to be awesome right?!

For the most part it is, and I would go so far as saying they have one upped, “Twisted Christmas” with this compilation.

First and foremost, I am a Jeff Scott Soto fan and he can do little wrong in my eyes.  He helps rock out this rocking version of “We Wish You A Merry (Metal) Xmas”. My step daughter likes this one too.  I caught her singing “We Wish You A Metal Christmas”. 🙂

“God Rest Ye Merry Gentlemen” is a creepy and cool rendition of this tune.  Ronnie James Dio and Tony Iommi make this sound like a lost Black Sabbath cut.

“Silver Bells” is one of the weaker moments on this disc.  Geoff Tate’s lack of vocal fortitude really shows up badly on this song. He can’t hit the notes that this song requires, and that is a shame.  He used to have an awesome voice, but it is severely lacking here.

You have to love Ripper Owens.  He may not be the best singer in the world, but he can really metalize Christmas songs like no one else.  Steve Morse provides the tasty guitar licks on “Santa Claus is Back In Town”, and Ripper drives it home with his metal screams.  I love it!

Chuck Billy destroys “Silent Night” with his death metal growl, but I think this is more tongue in cheek, than anything else. I can’t say I ever expected to hear a death/thrash metal version of “Silent Night”, but the unit of Scott Ian, Jon Donais, Chris Wyse and John Tempesta somehow manage to pull this off.  The shredding on this tune is pretty awesome.

Every time I hear “Deck the Halls” I think it is Geoff Tate back for another dose. It is actually Lynch Mob’s Oni Logan.  I don’t know if is just me, but his voice also sounds worse for wear here.  I don’t remember him sounding anything like this in the 90’s.

RATT’s Stephen Pearcy pulls off a pretty good version of “Grandman Got Ran Over By A Reindeer”.  As it turns out, Pearcy has a pretty good voice for this tune.  Who would have thought that?

As a whole, I have enjoyed this CD, and have replayed this quite a bit .  This is easily the best hard rock Christmas CD released in 2008.  Buy it!!