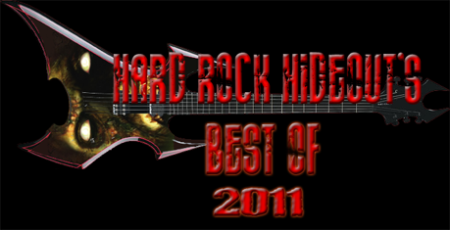 Top Ten Rock Albums Of 2011 – This Top Ten Rock Album list comprises various genres, the likes of: Blues, Alternative, Rockabilly, Acoustic, New Wave, some shades of Hard Rock and of course, Rock itself. Isn’t Rock a grand blanket term for such incredible music diversity? I love Rock. Without Rock, there wouldn’t have been Heavy Metal.

If you are counting, there are actually thirteen Rock albums in this Top Ten list. Admittedly, compiling a “Top Ten” of anything is grueling for me, therefore the two “ties” below are as honest as I could ever possibly be, without pulling what hair I have left off of my head. Furthermore, I couldn’t resist adding Jeff Beck – Rock ‘n’ Roll Party/Honoring Les Paul as an “Honorable Mention”. It’s a good times, roots of Rock ‘n’ Roll listen, one that I’ve enjoyed time and again.

I chose the following Rock albums due to how memorable, fun and interesting they came across to my senses. The quality of Rock contained in these following albums, I simply revere. There are some elite musicians and bands on this list for certain. They all have proven to me just how diverse Rock ‘N Roll really is, with their respective albums. These are the Rock albums that I gravitated to and became inspired by most often during 2011. I highly recommend you check ’em out, if you haven’t already. 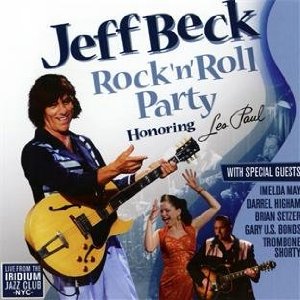 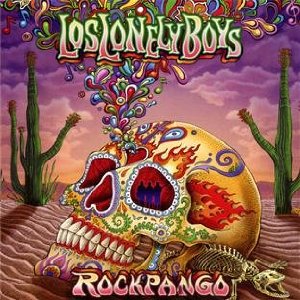 Hope & Ruin took me by surprise in 2011. THE TREWS captured a Rockin’ vibe that made my mood soar anytime I listened to this album. Melodic songs that glisten lyrically and musically, Hope & Ruin can easily become someone’s Rockin’ companion. THE TREWS are that Rock band you need to know about. This band defies the illogical American Rock mainstream press, proving that exquisite and blue-collar Rock music does exist in places other than Billboard or Rolling Stone magazine.

THE TREWS – “HOPE & RUIN”: A Rock Album of Solid and Memorable Songs

Thank you to all the Rock bands & musicians above! Happy Holidays & Happy New Year To All!

Hard Rock Hideout has an awesome Merch Pack giveaway for one lucky Tesla fan! This prize pack includes the following:

Enter your name and email address to enter the drawing, and don’t forget to pick up a copy of Tesla’s new CD, Twisted Wires today!!

Tesla is back with their latest offering Twisted Wires.

Twisted Wires offers fans acoustic versions of some of Tesla’s classic tunes. Half of the songs recorded feature former Tesla guitarist Tommy Skeoch, the other half Dave Rude.

I have to be honest, I have mixed feeling about this release. While I love Tesla, I can’t say that Twisted Wires feels like an essential release.

The two new songs “2nd Street” are “Better Off Without You” are pretty good, but I wouldn’t rate them amongst Tesla’s best works. I did like Tesla’s rendition of the Climax Blues Band’s tune “I Love You”.

I did like hearing the acoustic versions of “Shine Away” and my all time favorite Tesla tune “Song and Emotion”.

Overall, Twisted Wires isn’t a bad CD, but your enjoyment of it will greatly depend on how big of a Tesla fan you are. I am a huge fan of the band, so needless to say, I will buy anything they put out. While I enjoyed this CD, I thought it was good, but not great.

It will definitely hold me over until the next Tesla CD comes out.

Tesla has just released their new album Twisted Wires and The Acoustic Sessions, which feature the last recordings with original member Tommy Skeoch. The album is composed of 6 tracks that were recorded back in 2005 at bassist Brian Wheat’s J STREET RECORDERS studio and 6 newly recorded tracks which include acoustic remakes of songs from their entire catalog as well as two brand new tracks called “Second Street” and “Better off Without You.”

Twisted Wires and the Acoustic Sessions is the follow up to 2008’s critically acclaimed album Forever More.

2011 marks the 25th anniversary of the band! To stay updated on everything Tesla visit their Official site and Facebook. 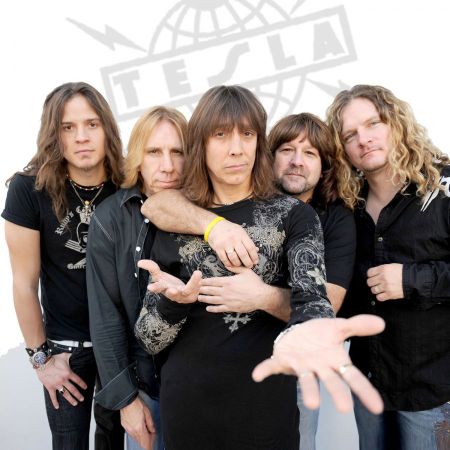 Rock group Tesla will be releasing Twisted Wires and The Acoustic Sessions on July 12th. The album will feature 6 tracks that were recorded back in 2005 at bassist Brian Wheat’s J STREET RECORDERS studio (which are the last recordings with original member Tommy Skeoch) and 6 newly recorded tracks which include acoustic remakes of songs from their entire catalog and two brand new songs called “Second Street” and “Better Off Without You.” Twisted Wires and The Acoustic Sessions is the follow up to 2008’s Forever More.

2011 also marks the 25th anniversary of the band! To stay updated on everything Tesla visit their Official Site and Facebook page.

TESLA is releasing a new album titled  “TWISTED WIRES & the acoustic sessions…” this July of 2011. The self produced album of 12 songs features two new unreleased songs called “Second Street”, and “Better Off Without You”, as well as never before heard recordings of the last acoustic studio sessions with former original guitarist Tommy Skeoch from 2005.

The aptly titled album is not only called “TWISTED WIRES & the acoustic sessions…” for the way Tesla has always seemed to seamlessly blend acoustic and electric guitar sounds in their music, but is also descriptive of the bands continuous and tumultuous ride over the past 25 years, overcoming the ups and downs of rock and roll.

From the band that sparked the “unplugged” craze of the 90’s with “5 Man Acoustic Jam”, and the radical electric guitar riffs of “Modern Day Cowboy” featured on the latest Guitar Hero game, now comes “TWISTED WIRES & the acoustic sessions…” a creative mix of past and present, as well as a classic rendition of  Climax Blues Band’s “I Love You” which so happens to be the first song TESLA recorded together after reuniting from a painful 5 year break up.

Take a spin of the new disc by TESLA and enjoy the celebration of 25 years with America’s gritty blue collar band of survivors who still rocks today, and will for another 25 years!

Tesla’s Brian Wheat, Frank Hannon, and Jeff Keith have reviewed the tracks from the last recording sessions with former guitarist Tommy Skeoch from the 2005 “Acoustic Jam” tour, as well as the recently recorded tracks featuring the new TESLA song “Second Street” to be released this year.

Troy Luccketta, will be joining Frank and Brian at Sonic Ranch studios where the REAL to REEL sessions were recorded and they will collectively wrap up the recording and mixing of “TWISTED WIRES”simultaneously, utilizing the studio’s amazing analog equipment to record and mix down the tracks. The album will consist of 6 tracks recorded back in 2005 at Brian’s J STREET Studio (luckily these tracks survived the infamous fire!) and 6 newly recorded tracks recorded at Frank Hannon’s studio including acoustic remakes of songs from “Bust a Nut” and a brand new song “Second Street”. During all of this JEFF KEITH and his wife will be welcoming the arrival of their baby boy due at the end of February! After all this mayhem is finished…

TESLA will be writing a follow up studio album of all new material with guitarist Dave Rude starting in March 2011 and performing select dates across the USA. In the meantime Dave Rude Band, SoulMotor, and FHB will be finishing up some tour dates supporting their solo efforts.