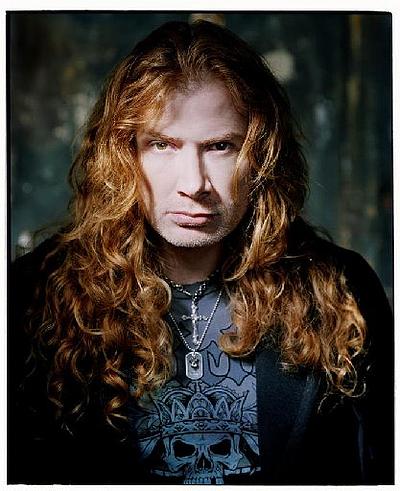 Mustaine said, “The last two years have been the most rewarding of my career with a new record contract with Universal Music Enterprises (UMe), my own label Tradecraft, and now, this new exciting partnership with Warner/Chappell. I am very excited about reuniting with a hero of mine, former President at EMI publishing Jon Platt, and industry legend Greg Sowders. I have never been happier.”

“As a singer, songwriter and guitarist, Dave Mustaine has virtually defined heavy metal music for the past three decades,” said Jon Platt President, Creative – North America, Warner/Chappell Music. “Since founding Megadeth, Dave has built a body of work that serves as the benchmark for an entire genre. Today, Megadeth remains a vital force, and Dave continues to rank among rock’s most creative and influential musicians and composers. We are thrilled to welcome him to Warner/Chappell.”

In 1983, Mustaine founded Megadeth and, in 1985, they released their first album which established the band as pioneers in the thrash metal movement. The band has since sold 50 million albums worldwide, including five consecutive platinum or multi-platinum albums in the U.S., while garnering 11 Grammy nominations. The band’s 14th studio album, Super Collider, was released this past summer and debuted at No. 6 on the Billboard 200 album chart. It was the first Megadeth album to be released via Mustaine’s own imprint, Tradecraft, through Universal Music Enterprises (UMe). Prior to Megadeth, Mustaine was an early member of Metallica. Before leaving the band in 1983, he had co-written a half dozen songs that would appear on the band’s first two albums.

In the video game arena, Mustaine composed the Grammy-nominated Megadeth track “Sudden Death” for the 2010 release, Guitar Hero: Warriors of Rock. The game also featured two other Mustaine-composed Megadeth songs: 1990’s “Holy Wars… The Punishment Due” and 2009’s “This Day We Fight!”