The 2013 Rock Allegiance Tour is in full swing with the bands Airbourne, All That Remains, HIM and Volbeat.  While this may seem like a somewhat odd combination of bands, all four bands most definitely rock, and rock hard.

Airbourne is the opening band for this tour, and if you want to see them, you gotta be at the venue on time. They started at 7:00 P.M. sharp in Cincinnati, Ohio, and put on one hell of a show.  There may have only been six songs in Airbourne’s set, but they definitely raised the bar high for the other bands that followed them.

The band opened up with “Ready to Rock”, and Joel O’Keefe took his guitar solo in this song out into the crowd via a piggy back ride from one of his roadies. This certainly got the crowd fired up, and deservedly so.

Airbourne always delivers a tremendous, hair-flying, fun rock and roll show that should not be missed.

Check out our photo gallery below! 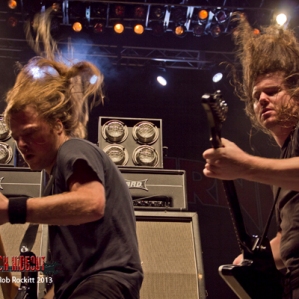 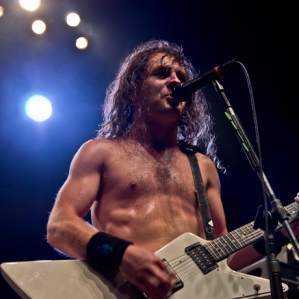 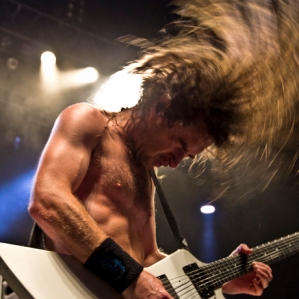 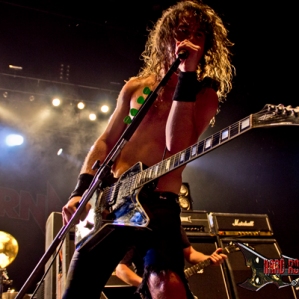 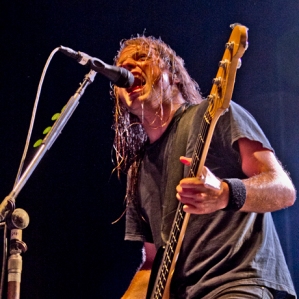 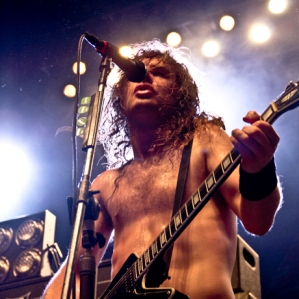 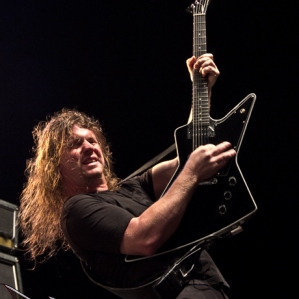 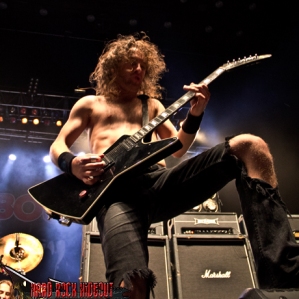 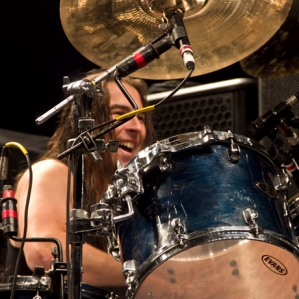 Ryan O’Keeffe is all smiles. 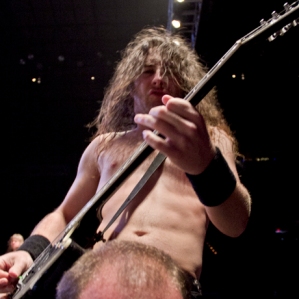 Joel O’Keeffe gets a piggy back ride into the crowd! 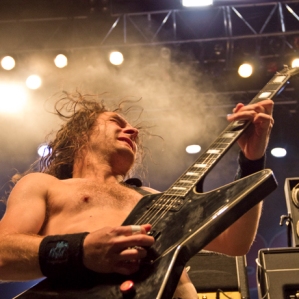 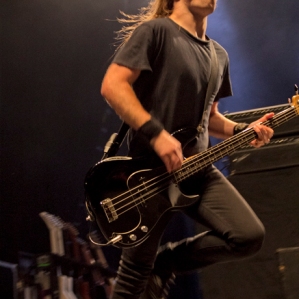 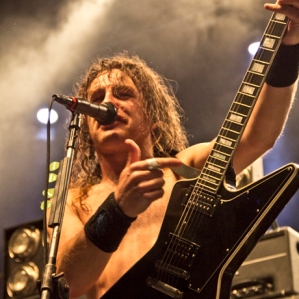 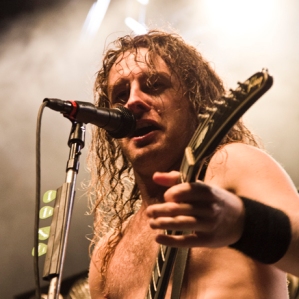